Snake oil peddling, Ponzi scheme, or a true revolution? Web3 (a.k.a. Web 3.0) is another hot topic in the “let’s argue about the future of tech” lineup, right next to the Metaverse and the bizarre world of NFT art. What is Web3? How does it work? Here’s everything you need to know.

🌐 Before you start… Are you passionate about cutting-edge technology? Do you want to learn more about the concepts we discuss in this article? Read these articles when you’re done here.

And now, let’s start from the beginning…

“If there’s Web3, there must be Web 1.0 and Web 2.0, right?” Spot on! The first “version” of the World Wide Web came to life in the 1980s at The European Organization for Nuclear Research (CERN).

Web 1.0 and all the technology it ran on was a brainchild of two CERN engineers, Tim Berners-Lee and Robert Cailliau. Its early iteration consisted of simple “static” pages. Users could read the contents, but there was no way to interact with the page or input information.

As the technology matured and the Internet went mainstream, more people became “creators.” Thanks to blogs, RSS feeds, and Wiki pages, user-generated content flourished. This coincided with the birth of big tech companies like Google, Facebook, and Amazon.

That’s when Web 2.0 started taking shape. The term Web 2.0 didn’t pop up until 2004 when Tim O’Reilly used it during the O’Reilly Media Web 2.0 Conference. That event marked the dawn of a new version of the Web geared toward social interactions.

Over the next 15 years, we enjoyed the benefits of Web 2.0. And so did big corporations that have also pushed the envelope of web technologies. But the continuous centralization and the growing power of big tech have raised a few eyebrows.

Poor oversight and a lack of sufficient regulations have shifted the nature of the Web from democracy to a technocracy. Critics of Web 2.0 say we no longer have the freedom to shape the Web or even control our personal data. It’s not the Web Tim Berners-Lee had in mind.

The good news is Web3 is here to solve those problems, at least in theory…

Web3 or Web 3.0 is the next iteration of the Web. Since Web3 is still only a concept, there are many, often conflicting, theories on what it should look like. Some even argue that we’ve already dipped a toe (more like a pinky) and the technology is already here.

But let’s focus on what we know so far.

The term Web3 was coined in 2014 by programmer and Ethereum co-creator Gavin Wood. In a 2021 interview with Wired, Wood compared the existing Web 2.0 infrastructure to towns and villages (platforms) where people spend time and interact with each other.

Those interactions, which also include financial transactions, are regulated by external authorities and tech companies that make them possible in the first place These include major social networks and financial institutions like central banks that control the flow of money.

But there’s a problem. The rapid advancement of technologies like blockchain and artificial intelligence (more on that below) makes it difficult to regulate and maintain the growing Web.

Instead of creating a heap of new regulations, Web3 proposes a set of new and existing technologies—that includes open-source software and blockchain—to eliminate the middle-man. Web3 gives the power back “to the people” so the Web can self-regulate.

Web3 is primarily marketed as a way to “democratize” or decentralize the Web. It tips the balance of power (at least on paper) from corporations to content creators (read: regular users).

Ironically enough, big corporations like YouTube and Meta are more than happy to jump on the Web3 bandwagon. In January, YouTube’s Susan Wojcicki announced that the company is planning to embrace Web3 and NFTs (who doesn’t) to empower creators.

But that’s a topic for another discussion.

The two nagging questions are: “What is the difference between Web 2.0 and Web3?” and “What can Web3 do that Web 2.0 can’t?” Let’s dig deeper and find some answers. 👇

There’d be no Web3 without cryptocurrencies, and there are no cryptocurrencies without blockchain. In a nutshell, blockchain is a secure and private method of recording online transactions—it can also store other types of data—in “blocks.”

So, how does blockchain fit in the Web3 revolution? Blockchain decentralizes the Web and a growing number of industries by letting users exchange money (cryptocurrencies) and digital assets (non-fungible tokens) without a proxy or external oversight.

NFTs are pieces of data stored on a blockchain. If cryptocurrencies like Bitcoin and Ethereum are virtual currency, NFTs are more like digital bonds or fine art. They’re unique and come in all shapes and sizes, like the Bored Ape Yacht Club monkeys selling for $200,000 per piece. 🐵

Of course, NFTs have some more practical applications too. An NFT token can represent ownership or partial ownership of a physical object or property. You can even store your medical records as a secure and tamper-proof NFT or “tokenize” your virtual identity.

Imagine you’re trying to download a stock photo from an online database. To access the file, you’d need to run a Google search (one intermediary), sign up for the service (another intermediary), and finally, pay the creator via a payment service (déjà vu anyone?).

In Web3 reality, the photo and all rights would remain with the creator. The creator could then share the photo online as an NFT and make it immediately accessible to all users of the Web. You could find the file and pay the creator directly, without intermediaries.

This is just one of many examples of how blockchain decentralizes human-human interactions. We can take this even further and eliminate proxies in other conservative industries. Apart from finance, sectors like real estate and healthcare are already flirting with blockchain.

Web3 or Web 3.0? Both terms are often used in the context of the next iteration of the Web. But they’re not interchangeable. In fact, Web 3.0 refers to the concept of a “Semantic Web” that would enable computers to better “understand” and process data.

💬 “I have a dream for the Web [in which computers] become capable of analyzing all the data on the Web — the content, links, and transactions between people and computers. A ‘Semantic Web’, which should make this possible, has yet to emerge, but when it does, the day-to-day mechanisms of trade, bureaucracy and our daily lives will be handled by machines talking to machines. The ‘intelligent agents’ people have touted for ages will finally materialize.”

Tim Berners-Lee’s “Semantic Web” relies on logical connections between bits of information. A search engine powered by the Semantic Web could interpret queries based on context (metadata) to provide better search results.

According to Ontotext, these days, building the Semantic Web involves two cornerstone technologies—Linked Open Data and Semantic Metadata. The first helps to connect bits of data to form context while the other uses tags to describe the meaning of web pages.

The Metaverse and the “Spatial Layer”

We can’t discuss Web3 without mentioning the Metaverse. If you haven’t read our previous article where we dig into the concept, you can check it here. tl;dr The Metaverse is a hybrid of physical and virtual reality that merges both worlds with new and existing technologies.

The Metaverse is still work in progress and many companies are competing to develop the actual product. The goal of the Metaverse (apart from making money) is to blend the physical and digital worlds using tech like virtual reality (VR) and augmented reality (AR).

The Metaverse could one day become an integral part of Web3 and provide what’s known as a “spatial layer.” According to Deloitte, the spatial interaction layer will use devices like smart glasses and voice assistants to let users interact with “contextual, real-time information.”

🙈 The Secrets and Unanswered Questions Behind Web3

As it’s the case with any other emerging technology, there are a few gray (or pitch dark) areas with Web3. The new iteration of the Web has not only raised a few eyebrows but also concerns, most notably from Square’s (now Block) CEO Jack Dorsey.

In a series of tweets, Dorsey expressed his concerns about the supposed decentralization of the Web. In Dorsey’s eyes, Web3 is just a ploy to centralize power again, but this time in the hands of VCs who have been pumping big money into the Web3 bubble.

Dorsey’s criticism of Web3 met opposition from key Web3 players, including Marc Andreessen, a co-founder and general partner at the VC company Andreessen Horowitz. You may know Andreessen as the co-creator of the X Mosaic web browser, one of the first mainstream web browsers. Andreessen also co-created Netscape Navigator that eventually became Mozilla Firefox.

At some point, Andreessen even blocked Dorsey on Twitter. Chris Dixon, another Andreessen Horowitz partner, also joined the Twitter exchange, although in a less ban-happy mood. Dixon pointed out Dorsey’s involvement in blockchain and the opportunities of Ethereum and Web3.

As VCs and big tech continue pushing the envelope on the Metaverse and Web3, the online feud is only getting more heated. But that’s not the end of Web3 troubles.

The Web of Uncertainties

SpaceX and Tesla’s Elon Musk is another Web3 skeptic. In a 2021 tweet, Musk called Web3 a “marketing buzzword” but added that he’s still curious about the possible future of the technology. Dorsey jumped on the chance and weighed in in a reply to one of Musk’s tweets.

In an often-quoted blog post, Signal co-founder Moxie Marlinspike pointed out the flaws of Web3 and the current implementation of blockchain technology.

And that makes sense. After all, regular Internet users just want to access accurate (and reliable) sources of information, have fun, and make money without too much hassle.

Another argument Marilynspike makes is that stand-alone standards and protocols like IRC or email can’t move and develop as quickly as commercial platforms. A decentralized and ungoverned system is simply more difficult to propel in the right direction.

The Web3 bubble is full of buzzwords and unanswered questions. Do we really need another iteration of the Web at the moment? Does Web 2.0 just need better governance and modern regulations? Or is the current model broken and we need to start from scratch?

One thing is certain. It’ll take Web3 pioneers a few more years to crystalize the idea and show an implementation that’d make sense to regular Web users. Will Web3 stay with us for longer? The jury is still out but the voices on both sides seem to make some valid points.

At Taskade, we believe that the future of work is remote and asynchronous. And technologies like blockchain and the Metaverse open new possibilities for remote organizations.

Brainstorming in VR, tactile digital whiteboards, and running meetings in virtual rooms? Many companies are already working on the tech to make that possible, but we’ll have to wait for the “as good as real life” experience a bit longer.

As far as remote collaboration is concerned, it’s still hard to imagine a world without central hubs enabling it. People are social creatures and we naturally flock together to work, chat, and have fun. Can Web3 keep that social spirit intact? Only time will tell!

Knowledge Engineering: How to Build The Best Knowledge Management System

What Is Eat the Frog? A Simple Method to Boost Productivity 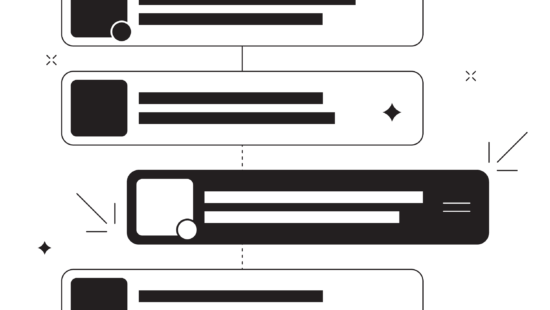 What Is Eat the Frog? A Simple Method to Boost Productivity
H

How to Improve Time Management in 7 Simple Steps 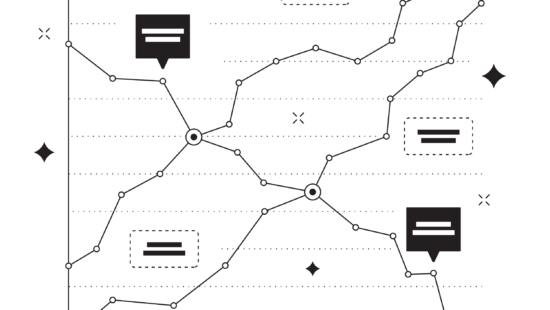 How to Improve Time Management in 7 Simple Steps
S

SMART Goals – What They Are and How to Write Them 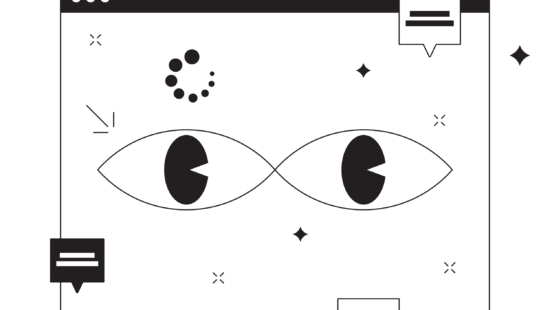 SMART Goals – What They Are and How to Write Them
W

What Is Mind Mapping? The Best Tool for Visual Thinking 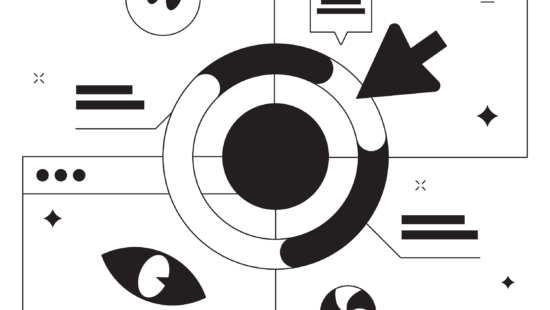 What Is Mind Mapping? The Best Tool for Visual Thinking
6

6 of the Most Popular Project Management Methodologies 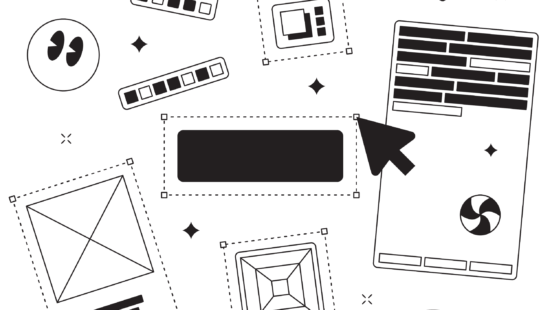 6 of the Most Popular Project Management Methodologies
B 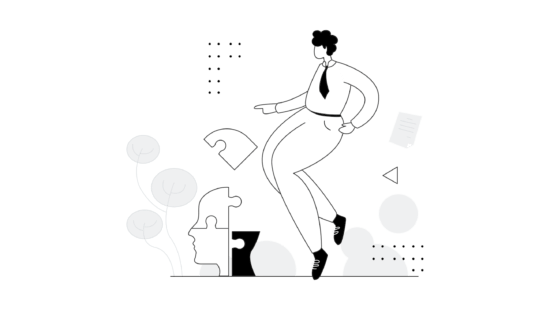