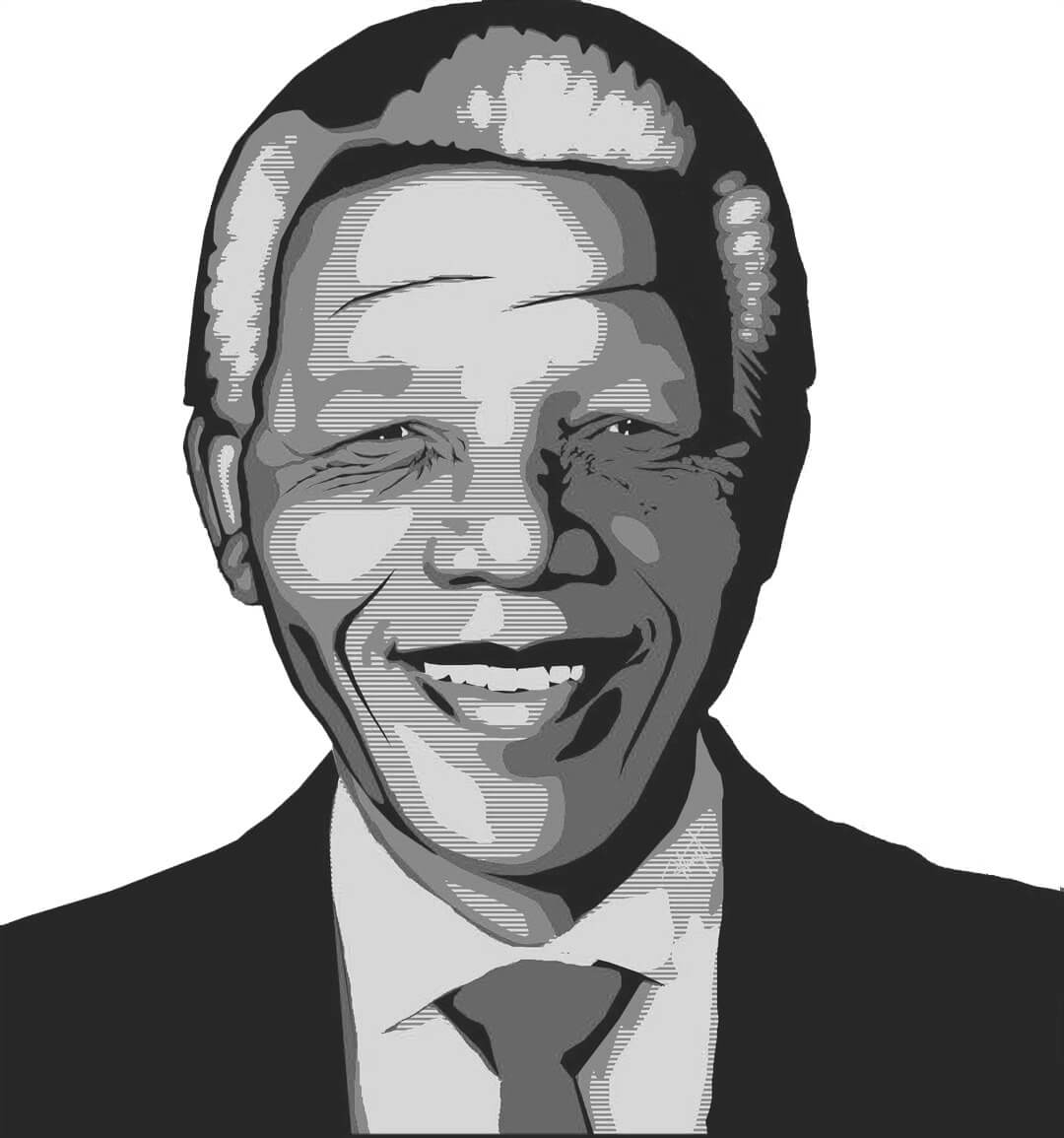 These are tough times. But as you’re fighting your own battles as an entrepreneur, there is perhaps no better benchmark of leadership and greatness to follow than the story of Nelson ‘Madiba’ Mandela.

The black civil rights movement of the 19th and 20th centuries saw the rise of some of the finest heroes of our time. From Harriet Tubman, to Dr. Martin Luther King, to Steven Biko and many others. But nobody was more critical to the global civil rights movement than Nelson Mandela, the father of modern South Africa.

His passing in 2013 was universally mourned, with nearly a hundred representatives from around the world coming to grieve at his funeral. Among them, Barack Obama, who reflected:

“We will not likely see the likes of Nelson Mandela ever again, so it falls to us, as best we can, to carry forward the example that he set. He no longer belongs to us; he belongs to the ages.”

Mandela was a quintessential example of greatness. He suffered against incredible odds – surviving nearly 30 straight years of imprisonment – to achieve freedom and liberty for his people.

What was his story? What lessons can we learn from him today?

“Leaders aren’t born, they are made. And they are made just like anything else, through hard work. And that’s the price we’ll have to pay to achieve that goal, or any goal.”

Born 18th July 1918 in the village of Mvezo in South Africa, Mandela was given the (very fitting) forename of Rolihlahla, meaning “troublemaker”. Coming from a lineage of kings and chieftains, Madiba was essentially a leader by birth.

His father was a village chieftain, notoriously rebellious and with a streak for undermining the councilors and traditional village order. He was ultimately taken down from his post on allegations of corruption, although Madiba maintained throughout his life that the real reason was his father standing up for his people.

Madiba eventually transitioned towards a methodist, Christian education that formed an interesting bedrock of his upbringing and ideology. Interestingly among them, was a belief Madiba shared with his contemporaries – that European colonialists were not oppressors, and were rather a boon to the continent.

While certainly talented and descendent from a lineage of leaders, there was little in Madiba’s early history that would indicate the path of righteous defiance he would ultimately take.

Birth of a Revolutionary ☀️

“Let there be work, bread, water and salt for all.”

Whatever lack of indication there may have been in Madiba’s childhood of his future aspirations, they certainly became clear as he began to enter adulthood.

After continuing his methodist education, Madiba moved towards completing a BA Degree in Anthropology before moving to study Law. It was here that his worldview began to take shape.

The confines of his methodist education were replaced by an increasingly nationalistic world-view. In fact, the all-black institution he studied in taught an “English supremacist” perspective, indirectly vilifying local customs and amplifying the virtues of the English language and model of governance.

This had the opposite effect on Madiba, however, who slowly started immersing himself in his native culture which he had for so long neglected. He began making friendships that would ultimately play a pivotal role in his revolutionary future – famous friendships like that with Oliver Tambo.

Entering university as a wide-eyed Europhilic with a narrow worldview, Madiba’s perspective shifted dramatically, leading to an exit that would set the stage for his future triumphs: Madiba eventually staged a boycott against the quality of food at the university, leading to his expulsion.

2️⃣ While Madiba’s self-discovery in his University years isn’t anything unusual, perhaps the biggest lesson here is the power and importance of a leader’s personal network.

The foundations for Mandela’s future achievements were built on the people he met and the ideas he shared in these pivotal years – a practice he continued well into his later years.

The people Madiba met in the process of his BA formed the large majority of his network and entry into the African National Congress (ANC), the vehicle through which he would ultimately engage and win his revolution.

“It is better to lead from behind and to put others in front, especially when you celebrate victory when nice things occur. You take the front line when there is danger. Then people will appreciate your leadership.”

Following his BA, Madiba began his law studies which ultimately brought all his ideas into fruition. As the only black student, he faced violence and racism. This, paired with his exposure to ideas from students from communist Europe and India, led to Madiba’s emergence as a political force.

It was at this time that Madiba started taking an increasingly active role at the ANC. Seeing peaceful protests as largely ineffective at stemming the tide of increasing segregation, Madiba found his moment. Often choosing to lead from behind, the one nicknamed ‘troublemaker’ emerged onto the scene, leading a sub-section of the ANC that advocated for more aggressive tactics to fighting the apartheid regime.

The revolution had begun.

3️⃣ One of the most critical leadership lessons to learn from Mandela’s life came in this particular period. While not a born leader, and somewhat of an inadvertent one, Mandela rose to the moment by seeing an opportunity where his greatness was necessary.

The best leaders don’t strive to become leaders – they polish their skills, contribute where possible and rise when their moment comes. A good leader ultimately leads through action and a fundamental desire to motivate change.

After years of nonviolent resistance, the ANC (with Mandela at the forefront) hit a pivotal moment on 21 March 1960 when a protest was dispersed by gunfire. The event led to the deaths of 69 unarmed civilians in an event etched into the annals of history as the Sharpeville massacre.

After the protest, a national state of emergency was declared during which Mandela and the ANC were banned from public congress. This declaration and the “Treason Trials” are what ultimately led to Mandela emerging as the ultimate face of the ANC.

Rallying behind him, Mandela’s comrades lauded him to lead the armed struggle that would define the century: uMkhonto we Sizwe, the Spear of the Nation, which launched a violent revolution on December 16, 1961, with a series of deafening explosions.

The following three years were pivotal for Mandela. Noticing his increasing international support, the South African government banned his freedom of movement, leading to him escaping the country.

Following military training in both Morocco and Ethiopia, Mandela eventually returned, only to be arrested and charged with life imprisonment for sabotage and inciting violence.

Upon being sentenced, Mandela delivered the famous “Speech from the Dock”:

“I have cherished the ideal of a democratic and free society in which all persons live together in harmony and with equal opportunities. It is an ideal which I hope to live for and to achieve. But if needs be, it is an ideal for which I am prepared to die.”

“I am fundamentally an optimist. Whether that comes from nature or nurture, I cannot say. Part of being optimistic is keeping one’s head pointed toward the sun, one’s feet moving forward. There were many dark moments when my faith in humanity was sorely tested, but I would not and could not give myself up to despair. That way lays defeat and death.”

The next 28 years that Madiba spent in prison ultimately formed the bedrock of his activism. From behind his cell, he led much of the ANC’s liberation efforts, entertained foreign diplomats and wrote letters read by thousands.

His imprisonment prevented him from attending the funerals of both his mother and eldest son. But perhaps the most trying period of his captivity was several years of isolation the guards subjected him to in an effort to silence him. Mandela described those moments as the darkest point of his life.

Madiba’s presence and resolve mobilized enough international and domestic support that the collapse of the apartheid finally began to take shape. Mandela was released in 1990, ultimately winning the presidency over South Africa in it’s first democratically held elections in 1992.

“I learned that courage was not the absence of fear, but the triumph over it. The brave man is not he who does not feel afraid, but he who conquers that fear.”

When you hear a story like Madiba’s—a simple village boy who would rise to become one of the greatest revolutionary leaders—“impossible” suddenly doesn’t feel so challenging.

Mandela’s peers often emphasized a single trait of his character—humility. He wasn’t the smartest, the bravest, the strongest or the most charismatic. He was flawed—something he would be the first to acknowledge.

But beyond all of that, he had a rock-solid foundation based on a single, uncompromising principle—he believed in putting every ounce of himself towards achieving the greater vision.

Whatever your individual story and situation is, look at Madiba Mandela’s story and reflect on that single, salient point: It always seems impossible until it gets done. 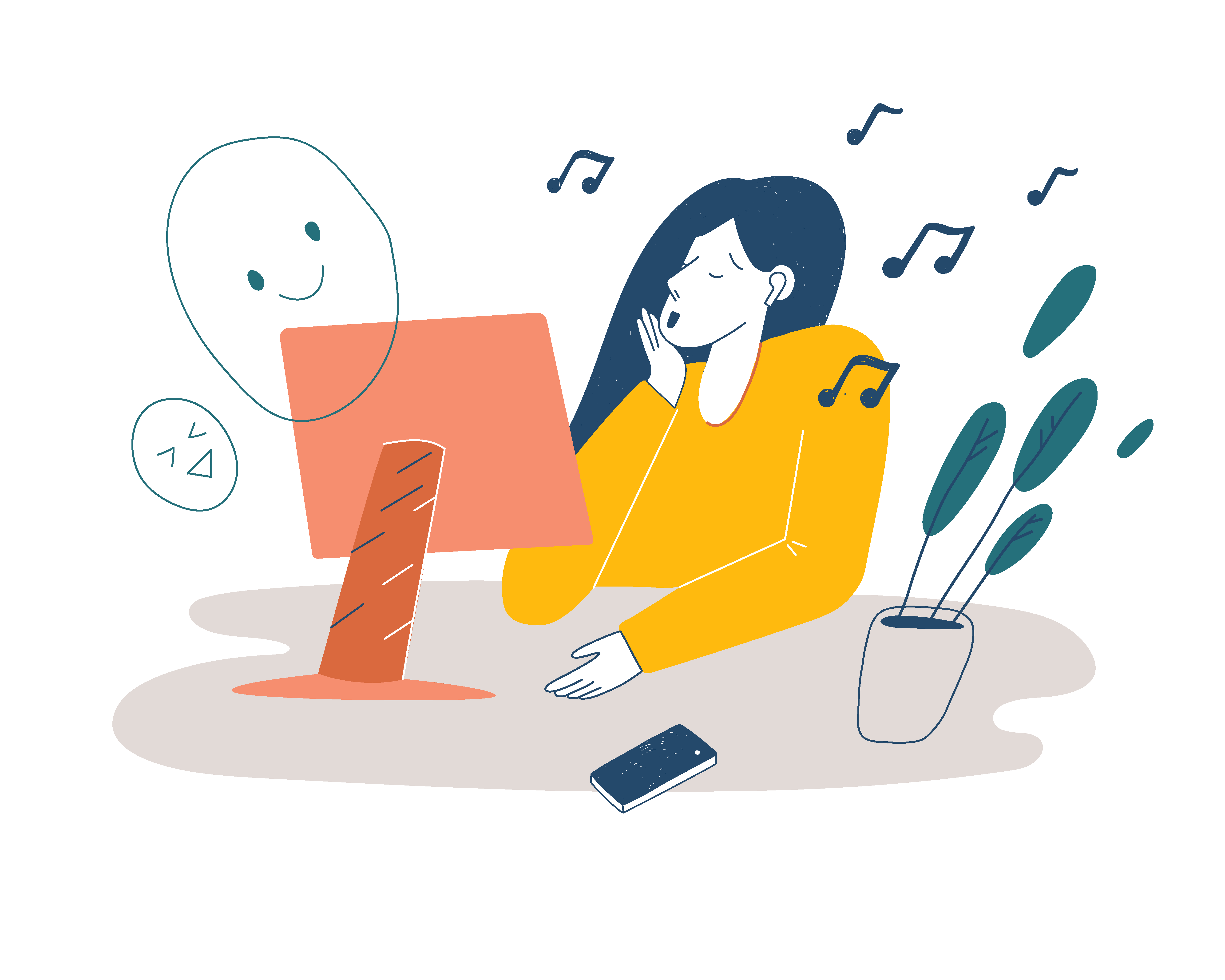 A Primer on Remote Work Culture